Tunisia, officially Republic of Tunisia, republic (2005 est. pop. 10,075,000), 63,378 sq mi (164,150 sq km), NW Africa. Occupying the eastern portion of the great bulge of North Africa, Tunisia is bounded on the west by Algeria, on the north and east by the Mediterranean Sea, and on the southeast by Libya. The capital and largest city is Tunis.

Tunisia has a highly irregular coastline that affords many bays and several fine harbors, notably Bizerte, Qabis, Safaqis, and Susah. Part of the Atlas Mts. runs through N Tunisia; but, unlike Morocco and Algeria, the mountains in Tunisia rarely exceed 4,000 ft (1,219 m) in elevation. In the south, below the Chott Djerid (a great salt lake), stretches the Sahara Desert. The population, which is largely Berber and Arab, lives mainly near the coast, in urban areas. Most Tunisians are Sunni Muslims; there is a small Jewish community dating back to ancient times, although most have emigrated to Israel or France. Tunisians of all backgrounds have migrated to France in significant numbers. Arabic is the official language, but French also is spoken.

Although the mining, energy, tourism, and manufacturing sectors of the economy are important, and the country has become increasingly middle class, over half of Tunisia’s workers are engaged in farming. The agricultural sector, however, accounts for less than 15% of the GDP. The leading crops are olives, wheat, barley, tomatoes, citrus, sugar beets, dates, and almonds. Livestock raising and fishing are also important. Because irrigation is inadequate, agricultural production varies widely according to rainfall.

Petroleum was found (1964) in the Sahara not far from the Algerian border, and production began in 1966; subsequent oil discoveries have increased production significantly. Recent developments in the extraction of natural gas, centered in the Gulf of Gabes, have made the country more self-sufficient. Tunisia has large phosphate reserves and iron ore is found in quantity. Zinc, lead, and salt are also mined.
Tunisia’s industries (located primarily in Tunis) produce textiles, leather, steel, and foods and beverages. Tourism is also an important economic activity. Petroleum, phosphates, chemicals, textiles and clothing, and olive oil are the country’s leading exports; its imports are headed by textiles, machinery and equipment, hydrocarbons, chemicals, and food (particularly cereals). France, Italy, Germany, Spain, and Libya are the main trade partners.

Tunisia is governed under the constitution of 1959 as amended. The president, who is the head of state, is popularly elected for a five-year term, with no term limits. The bicameral parliament consists of the 189-seat Chamber of Deputies, whose members are popularly elected every five years, and the 126-seat Chamber of Advisers, whose members are either appointed by the president (41) or elected by indirect vote (85) and serve six-year terms. The prime minister, who is the head of government, and cabinet are appointed by the president. Administratively, the country is divided into 24 governates.

The coast of Tunisia was settled in 10th cent. B.C. by Phoenicians. In the 6th cent. B.C., Carthage rose to power, but it was conquered by Rome (2d cent. B.C.), and the region became one of the granaries of Rome. It was held by Vandals (5th cent. A.D.) and Byzantines (6th cent.). In the 7th cent. it was conquered by Arabs, who founded Al Qayrawan. The region became known as Ifriqiya and the Berber population was converted to Islam. Successive Muslim dynasties ruled, interrupted by Berber rebellions. The reigns of the Aghlabids (9th cent.) and of the Zirids (from 972), Berber followers of the Fatimids, were especially prosperous. When the Zirids angered the Fatimids in Cairo (1050), the latter ravaged Tunisia.

The coasts were briefly held by the Normans of Sicily in the 12th cent. In 1159, Tunisia was conquered by the Almohad caliphs of Morocco. The Almohads were succeeded by the Berber Hafsids (c.1230-1574), under whom Tunisia prospered. In the last years of the Hafsids, Spain seized many of the coastal cities, but they were recovered for Islam by the Ottoman Turks. Under its Turkish governors, the beys, Tunisia attained virtual independence. In the late 16th cent. the coast became a pirate stronghold (see Barbary States). The Hussein dynasty of beys, established in 1705, lasted until 1957.

In the 19th cent. the heavy debts that the beys had contracted gave European powers cause for intervention. France, Great Britain, and Italy took over Tunisia’s finances in 1869. A number of incidents, including attacks by Tunisians on Algeria (a French possession since 1830), led to a French invasion of Tunisia. The bey was forced to sign the treaties of Bardo (1881) and Mersa (1883), which provided for the organization of a protectorate under a French resident general. The protectorate was opposed by Italy, which had economic interests and a sizable group of nationals in Tunisia. Italy’s attitude grew increasingly belligerent, and, in the years immediately preceding World War I, threats of annexation were made.
A nationalist movement developed fairly quickly in Tunisia. In 1920 the Destour (Constitutional) party was organized. In 1934 a more radical faction, led by Habib Bourguiba, formed the Neo-Destour party. In World War II, Tunisia came under Vichy rule after the fall of France (June, 1940). Major battles of the war in North Africa were fought in Tunisia (see North Africa, campaigns in). After the war nationalist agitation intensified. In 1950, France granted Tunisia a large degree of autonomy. The French population in Tunisia, however, opposed further reforms, and negotiations broke down. Bourguiba was arrested (1952), and his imprisonment precipitated a wave of violence.

In 1955, France granted Tunisia complete internal self-government. Full independence was negotiated in 1956, and Habib Bourguiba became prime minister. The country became a republic in 1957 when the bey, Sidi Lamine, was deposed by a vote of the constituent assembly, which then made Bourguiba president. Bourguiba followed a generally pro-Western foreign policy, but relations with France were strained over Algerian independence, which Tunisia supported, and the evacuation of French troops from Tunisia. The French naval installations at Bizerte were the scene of violent confrontation in 1961; France finally agreed to evacuate them in 1963.

Relations between Tunisia and Algeria deteriorated after the latter gained its independence from France in 1962, and border disputes between the two countries were not settled until 1970. Bourguiba’s support for a negotiated settlement with Israel in the Arab-Israeli conflict caused strains in its relations with other Arab countries. Domestically, Bourguiba’s policies emphasized modernization and planned economic growth. An agrarian reform plan, involving the formation of cooperatives, was begun in 1962, but it was halted in 1969 due to harsh implementation and corruption.

The 1970s saw increasing conflict within the ruling Destour party between liberals and conservatives, as well as public demonstrations against the government. However, Bourguiba’s socialist government enjoyed a long period of favorable relations with France and became a moderating influence in the Arab League. In 1981, Bourguiba authorized the legal formation of opposition political parties, indicating a possible shift in the direction of democracy, and multiparty legislative elections were held for the first time in 1981. By 1986, six opposition parties had legal status. Nonetheless, the 1980s were largely characterized by popular unrest and labor difficulties, as well as a search for the aging Bourguiba’s successor.

In 1987, Bourguiba was ousted by Gen. Zine El Abidine Ben Ali, ostensibly for reasons of senility. The new regime restored diplomatic relations with Libya and signed a treaty of economic cooperation with Libya, Algeria, Mauritania, and Morocco (see under Maghreb). Ben Ali initially moved toward liberal reforms, but after the 1989 elections, in which Islamic activists made a strong showing, he instituted repressive measures against them. During the 1994 election campaign, the government arrested political dissidents and barred the Islamic party Al Nahda from participating. Running uncontested and endorsed by all the legal opposition parties, Ben Ali drew nearly 100% of the vote.

In 1999, Ben Ali was again re-elected with nearly 100% of the vote; he faced a token challenge from two opposition candidates. A constitutional amendment, approved in 2002 in a referendum by a similar margin, permitted the president to run for more than two terms. In 2004 and 2009 Ben Ali was reelected a lopsided share (94% and 89%) of the vote; he again faced only token opposition. The landslide victories of Ben Ali and the government party were marked by intimidation and credible accusations of vote-rigging.

In Dec., 2010, protests began against Ben Ali’s government, sparked by the self-immolation of an unlicensed vendor who had his stall confiscated by police and fed by anger over high unemployment, rising prices, and government corruption. The demonstrations continued into the next month, and intensified after police killed a number of protesters. Ben Ali’s rule collapsed in a matter of weeks, and he went into exile in Jan., 2011. He later was convicted in absentia of embezzlement and other charges.

An interim government was formed, with Fouad Mebazza, the parliament speaker, as president and Mohamed Ghannouchi remaining as prime minister. Though the cabinet included opposition members, the presence of former ruling party officials in the government was opposed by some, and the political environment remained unsettled. Ghannouchi resigned the following month and Beji Caid-Essebsi succeeded him. Elections for a constituent assembly (to write a new constitution) were planned for July, but subsequently they were postponed to October to allow more time for preparation. 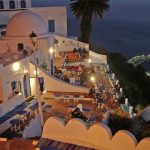 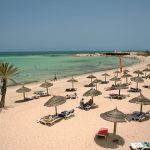 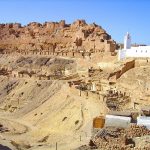 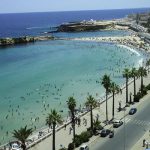 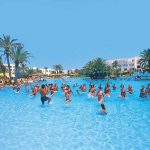 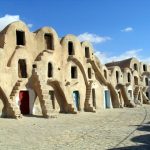 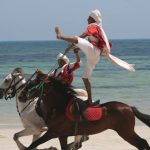 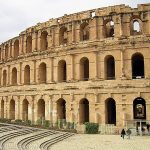 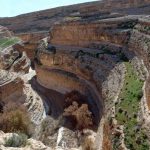 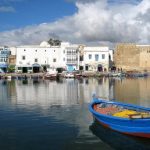 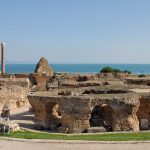 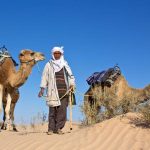